How We’ve Met the Province’s Power Needs Until Now

We’ve been Saskatchewan’s leading power supplier since 1929. Our mission is to provide reliable, cost-effective power to homes, farms and businesses.

We make use of the energy resources found within our province. There’s plenty of affordable coal right here in Saskatchewan. That’s why coal power has been a big part of our generating system.

In the past, we built large coal-powered generating units that would last for over 50 years. These units provided power to customers across the province. They were costly to build, but stable regulations and steady growth in the demand for power made them a good investment. Owning and operating a province-wide system also improved power safety and reliability.

Until recently, few of our customers wanted to produce their own power. Either at the residential or industrial scale.

In the early 2000s, private companies proved they could:

So, we began buying power from these independent power producers. This power complemented our own generation.

Until about 10 years ago, we didn’t use much natural gas for power generation. The price of natural gas was unpredictable putting it at odds with our commitment to provide stable customer rates. As natural gas prices became affordable and predictable, we added more of it to our system. That’s because:

Today, our power system includes a mix of: 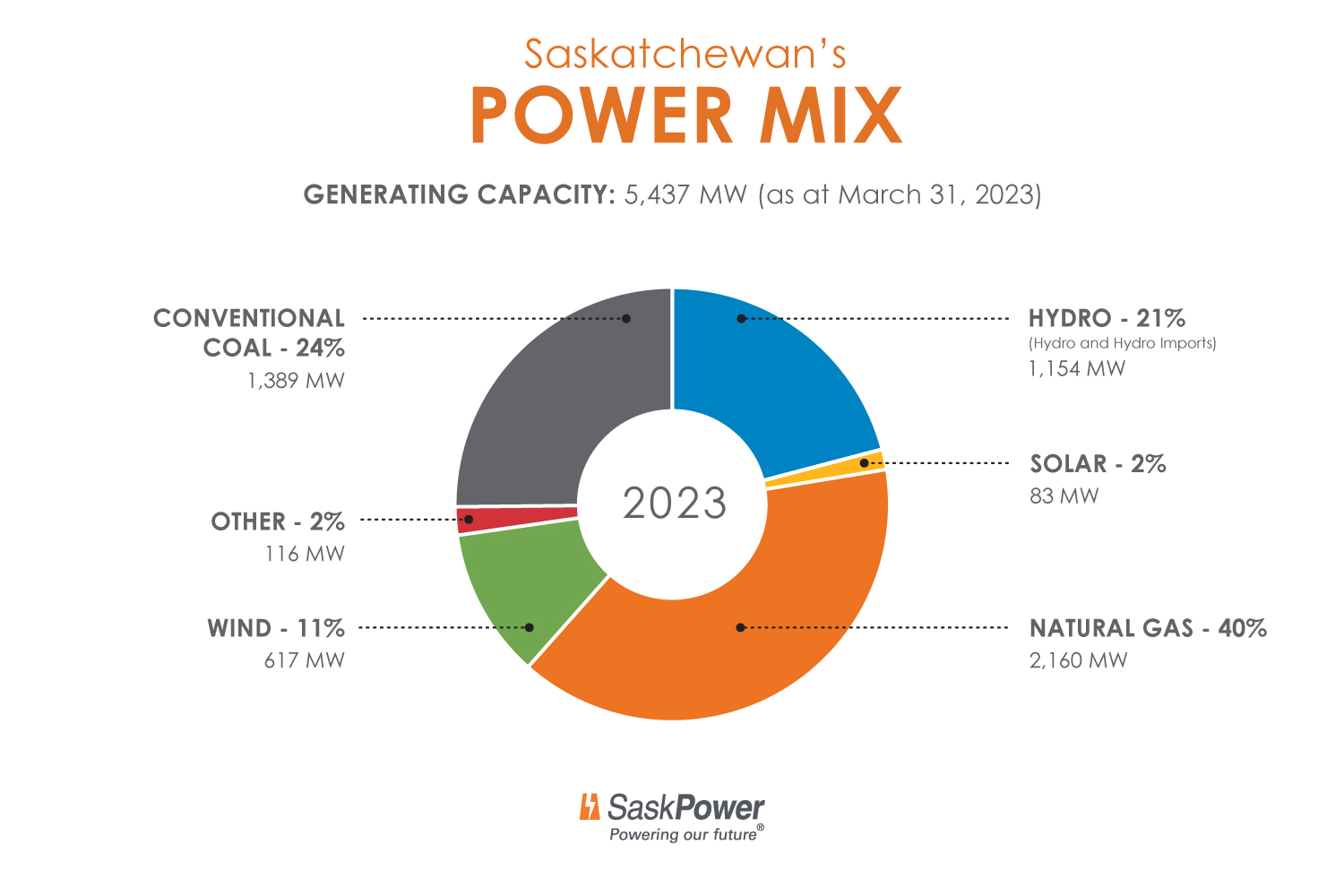 Learn more about how we're planning the future power system: