Jim Hopson joined the SaskPower Board of Directors in 2015.

Football has always been a big part of his life. After high school, he played four years with the Regina Rams. He was a multi-year all-star and named outstanding lineman in the league in 1972. In 1973, he made the jump to the Saskatchewan Roughriders, playing until 1976.

In 2005, he returned to the Riders as the first full-time President and CEO, retiring in March 2015. Mr. Hopson helped secure and plan the new Mosaic Stadium that opened in 2017.

In 2014 the CFL awarded Mr. Hopson the Hugh Campbell Distinguished Leadership Award, and in 2015 he received the Lifetime Achievement Award from the University of Regina Alumni Association. He was inducted into the Saskatchewan Roughriders Plaza of Honour in 2018 and the Canadian Football Hall of Fame in 2019. In 2022 Mr. Hopson was inducted into the Mike Ditka Gridiron Greats Hall of Fame. 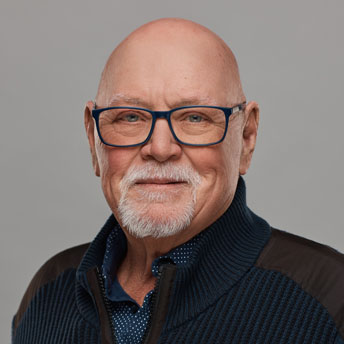