Howard Matthews was appointed Vice-President, Power Production in 2015, after serving as acting Vice-President in 2014. Mr. Matthews also served as President and Chief Executive Officer of SaskPower International, a SaskPower subsidiary, from 2015 until its dissolution in 2021.

Over his career he has held many roles at SaskPower, starting as an electrical engineer in 1989. He also served as Director at the Poplar River Power Station in Coronach, Saskatchewan.

Before SaskPower, Mr. Matthews was a computer programmer. He has worked for the Saskatchewan Research Council, Northern Telecom and the Saskatchewan Mining and Development Corporation. He has also worked as a field engineer for Husky Injection in Toronto.

He holds Bachelor of Commerce and Bachelor of Electrical Engineering degrees from the University of Saskatchewan.

He is a member of the Association of Professional Engineers and Geoscientists of Saskatchewan. 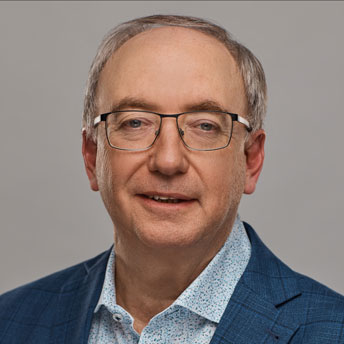