Mike Marsh became President and Chief Executive Officer in April 2015. He joined SaskPower in 1991, following 12 years in the construction industry in Alberta and Saskatchewan.

At SaskPower, Mr. Marsh has held several management positions in engineering, maintenance, business planning and corporate planning. He joined the SaskPower Executive table as Vice-President of Transmission and Distribution in 2007. In 2012, he became Vice-President of Operations and Chief Operations Officer, responsible for all operational areas including Power Production, Transmission Services and Distribution Services.

Mr. Marsh attended the University of Saskatchewan, where he earned a Bachelor of Science in Mechanical Engineering. He later studied at Queen’s School of Business and obtained a Master of Business Administration. He is a member of the Association of Professional Engineers and Geoscientists of Saskatchewan. 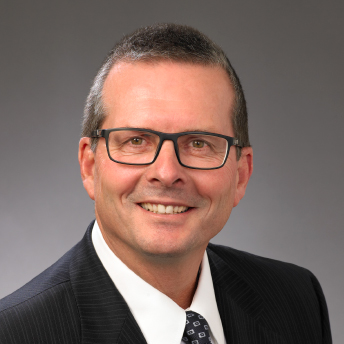